Sean Farrell
The rapid global expansion of Uber has sparked interventions from taxi drivers and authorities around the world. “A city that welcomes Uber will be a better city,” said Uber chief executive, Travis Kalanick. Some cities and jurisdictions, disagree. Read more
Paris
In some of the most violent protests against Uber, 3,000 taxi drivers this week blocked main roads in Paris, including routes to airports, and burnt tyres. Taxi drivers also protested in Marseilles and other French cities. Bernard Cazenueve, France’s interior minister, declared Uber illegal and said Uber’s refusal to stop operating was cynical and arrogant. He said: “We are in a state of law and the law will rule.”

LondonIn March, police raided Uber’s Paris offices to seize 1,200 mobile phones, computers and documents as part of an investigation into the UberPop service, which connects private drivers with passengers, and its use of customer data.
Up to 5,000 black-cab drivers blockaded London’s city centre in a protest against Uber last year. They argue that Uber is an unlicensed tax service whose drivers lack “the knowledge” – the gruelling test on London’s streets taken by aspiring cabbies. Boris Johnson, the mayor of London, was abused by a cab driver over Uber operating in the city this month. Johnson said this week it was not fair that black-cab drivers had to spend four years acquiring the knowledge and suggested Uber drivers could be made to pass language and geography tests.


Delhi
The Indian capital banned Uber in December after a woman said she was raped by one of the company’s drivers. The incident provoked outrage at Uber’s failure to check whether the driver had a clean police record. Uber claims that it has tightened the ways it carries out background checks on drivers and improved safety measures. Delhi’s transport department complained earlier this year that Uber was still operating, despite the ban. This month, police started enforcing the ban more rigorously by hailing cars from Uber and confronting them when they arrived. About 300 drivers from Uber and other banned services protested that the ban threatened their livelihoods.
San Francisco
The family of a six-year-old girl, struck and killed by one of its drivers in the company’s home city of San Francisco, is suing Uber and calling for a jury trial on charges including wrongful death and negligence. Uber deactivated the driver’s account after the crash and said he was not making a trip on the Uber system at the time. The family’s lawyer said: “Uber, though touting itself as the future of transportation, endangers public safety and has thrown transportation back into the wild-west era.” The company said it sympathised with the girl’s family but “did not cause this tragic accident”.
Advertisement
Uber shut down its service in Kansas after state lawmakers voted through legislation that would force the company to carry out background checks on its drivers and carry additional car insurance.
Members of a Chicago taxi drivers’ union circled City Hall for four hours in February, but refused to pick up passengers in protest against Uber, which they said siphoned 2m rides a month away from traditional cabs. Chicago has licensed Uber after it agreed to security measures for passengers, but established cab drivers said the rules favoured Uber.
Hangzou
After a confrontation between Uber drivers and local cab drivers in the regional capital, Uber instructed its drivers not to get involved in disputes and said it would monitor them electronically and fire those who disobeyed.
Taxi drivers across China have protested against what they say is unfair competition from Uber. Following raids in Guangzhou, Chinese police last monthvisited Uber offices in Chengdu in a widening investigation into the company’s operations in China, where authorities have banned drivers of private cars from offering services through ride-hailing apps.
Amsterdam
Uber drivers have been blocked by taxi drivers and one reported having his tyres slashed. A Dutch court banned UberPop in December and some unlicensed drivers have since been fined.
Madrid
After the Madrid taxi association complained about Uber, a judge ordered the company to stop operating in Spain because drivers were unauthorised and taking part in unfair competition.
Brussels
Uber is illegal in Brussels and some of its drivers claim their cars have been vandalised. Brussels has announced plans to legalise Uber next year, but under strict regulation.
Montreal
The Canadian province of Quebec regards Uber’s service as illegal and the city’s taxi bureau has cracked down, seizing cars from drivers.
Sydney
Uber made itself unpopular when it increased fares during the Sydney hostage crisis last year. The New South Wales government declared Uber’s service illegal.
張貼者： hanching chung 於 上午12:42 沒有留言:

McDonald’s is looking for a franchise candidate to run its 413 Taiwan stores, which it has operated itself since entering the market more than three decades ago. 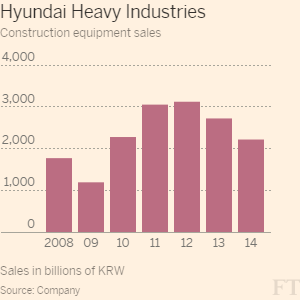