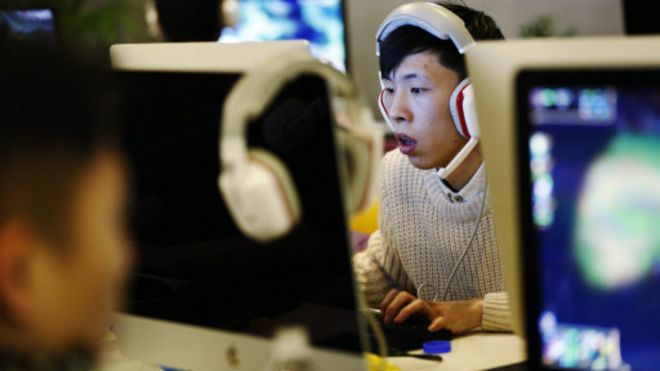 Enactus, known before October 2012 as Students In Free Enterprise (SIFE), is an international non-profit organization that works with leaders in business and higher education to mobilize university students to make a difference in their communities while developing the skills to become socially responsible business leaders. Participating students form teams on their university campuses and apply business concepts to develop outreach projects that improve the quality of life and standard of living for people in need. An annual series of regional and national competitions provides a forum for teams to present the results of their projects, and to be evaluated by business leaders serving as judges. National champion teams advance to the Enactus World Cup. In addition to the community aspect of the program, Enactus leadership and career initiatives create opportunities for learning and exchange among the participants as well as the placement of students and alumni with companies in search of emerging talent.
Enactus (SIFE) also serves as a "low-cost" source of entry-level managerial talent, especially for sponsoring retail companies like Walmart who subscribe to the management philosophy of "servant leadership." Bethany Moreton’s book in 2009, "To Serve God and Walmart: The Making of Christian Free Enterprise,"[1] provided a fascinating account of Walmart’s history and its relationship to SIFE. Especially noteworthy was SIFE's role in Walmart's “complex network that united Sun Belt entrepreneurs, evangelical employees, Christian business students, overseas missionaries, and free-market activists.”

Originally SIFE, Enactus was founded in 1975 to use the entrepreneurial spirit to change people's lives. Since its founding, it has become an international organization with 36 different country operations.[2] In 2012, the name was changed to Enactus to convey the organization's unique nature. There is really no other program like Enactus, so the name change reflected that.[3] The new name is a combination of three words. "En" comes from the word entrepreneurial, representing that Enactus members see opportunity in everyday surroundings. "Act" comes from action, because members show willingness and commitment to see things through. "Us" represents that Enactus is a group of people, connected as a part of a greater whole. Together Enactus is "A community of student, academic and business leaders committed to using power of entrepreneurial action to transform lives and shape a better more sustainable world."[4]

Congratulations to our Enactus Essex students who came away from the National Enactus competition with four awards.

2 EMPLOYEES CHARGED IN DEATH OF WORKER COOKED WITH TUNA Jose Melena, who died in an accident at Bumble Bee Foods in Santa Fe Springs, is seen in this photo provided by family. (KABC)

Monday, April 27, 2015 07:08PM
Bumble Bee Foods and two employees were charged Monday by Los Angeles prosecutors with violating safety regulations in the death of a worker who was cooked in an industrial oven with tons of tuna.

Jose Melena was performing maintenance in a 35-foot-long oven at the company's Santa Fe Springs plant in October 2012 when co-workers loaded it with 12,000 pounds of canned tuna and turned it on.

Temperatures reached 270 degrees during a two-hour process to cook and sterilize the tuna. The body of Melena, 62, was found when the oven was opened.

The charges specify that the company and the two men willfully violated rules that require: implementing a safety plan; rules for workers entering confined spaces; and a procedure in place to keep machinery or equipment turned off if someone's working on it.

Rodriguez, 63, of Riverside and Florez, 42, of Whittier could face up to three years in prison and fines up to $250,000 if convicted of all charges. Bumble Bee Foods faces a maximum fine of $1.5 million.

The state's occupational safety agency previously cited the San Diego-based company for failing to properly assess the danger to employees working in large ovens and fined it $74,000.

Bumble Bee, which has appealed the penalties, said the state agency found no willful violations in its investigation and that the company improved its safety program after the tragedy.

"We remain devastated by the loss of our colleague Jose Melena in the tragic accident," the company said in a statement. "We disagree with and are disappointed by the charges filed by the Los Angeles district attorney's office."

Some communities are saying they have reached their limits of development, even as tech companies are trying to grow.

Rioters destroyed cars and looted stores in Baltimore on Monday after the funeral of Freddie Gray, a 25-year-old African-American whose death in custody has reignited outrage over US police conduct towards blacks.
Full story: http://u.afp.com/Fap
AFP Photo: Brendan Smialowski

At least half of all Americans shot and killed by police each year are mentally ill. As crime has fallen across America since the 1990s, policing has shifted more towards social work than the drama seen on TV. Police culture, however, has not caught up, and it is unclear that armed policing is the best way to deal with all problemshttp://econ.st/1FrvPYC

Wanted: cops with people skills
Do I look like a social worker? TO THE sound of electric guitars, heavily armed police officers fire assault rifles, drive squad cars fast and pull their guns on...
ECON.ST

The producers of “Dallas” understood that money and family together make the perfect stuff of drama. Koch Industries, an oil, gas and commodities conglomerate based in Wichita, Kansas, makes the television soap opera look sedate by comparison. The Porsche and Piëch families, which control Porsche and Volkswagen respectively, have been fighting for decades even though they are related. Some family companies thrive despite such quarrels: two of the world’s leading shoe companies, Adidas and Puma, were founded by warring brothers http://econ.st/1Enps9D

Just-in-time scheduling makes businesses more efficient, but it's a nightmare for working families.

McDonald’s workers and supporters rally outside a McDonald’s, on Wednesday, April 15, 2015, in Chicago. Airport workers, home care workers, Wal-Mart workers and adjunct professors are among those who joined in the fight for $15 protests across the country, in what organizers are calling the biggest ever mobilization of workers in the US. (AP Photo/M. Spencer Green)
These days it’s not unusual for someone on the way to work to receive a text message from her employer saying she’s not needed right then.
Although she’s already found someone to pick up her kid from school and arranged for childcare, the work is no longer available and she won’t be paid for it.
Just-in-time scheduling like this is the latest new thing, designed to make retail outlets, restaurants, hotels, and other customer-driven businesses more nimble and keep costs to a minimum.
Software can now predict up-to-the-minute staffing needs on the basis of  information such as traffic patterns, weather, and sales merely hours or possibly minutes before.
This way, employers don’t need to pay anyone to be at work unless they’re really needed. Companies can avoid paying wages to workers who’d otherwise just sit around.
Employers assign workers tentative shifts, and then notify them a half-hour or 10 minutes before the shift is scheduled to begin whether they’re actually needed. Some even require workers to check in by phone, email, or text shortly before the shift starts.
Just-in-time scheduling is another part of America’s new “flexible” economy – along with the move to independent contractors and the growing reliance on “share economy” businesses, like Uber, that purport to do nothing more than connect customers with people willing to serve them.
New software is behind all of this – digital platforms enabling businesses to match their costs exactly with their needs.
The business media considers such flexibility an unalloyed virtue. Wall Street rewards it with higher share prices. America’s “flexible labor market” is the envy of business leaders and policy makers the world over.
There’s only one problem. The new flexibility doesn’t allow working people to live their lives.
Businesses used to consider employees fixed costs  – like the costs of factories, offices, and equipment. Payrolls might grow or shrink over time as businesses expanded or contracted, but from year to year they were fairly constant.
That meant steady jobs. And with steady jobs came steady paychecks along with regular and predictable work schedules.
But employees are now becoming variable costs of doing business – depending on ups and downs in demand that may change hour by hour, possibly minute by minute.
Yet working people have to pay the rent or make mortgage payments, and have keep up with utility, food, and fuel bills. These bills don’t vary much from month to month. They’re the fixed costs of living.
American workers can’t simultaneously be variable costs for business yet live in their own fixed-cost worlds.
They’re also husbands and wives and partners, most are parents, and they often have to take care of elderly relatives. All this requires coordinating schedules in advance – who’s going to cover for whom, and when.
But such planning is impossible when you don’t know when you’ll be needed at work.
Whatever it’s called – just-in-time scheduling, on-call staffing, on-demand work, independent contracting, or the “share economy” – the result is the same: No predictability, no economic security.
This makes businesses more efficient, but it’s a nightmare for working families.
Last week, the National Employment Law Project reported that 42 percent of US workers make less than $15 an hour.
But even $20 an hour isn’t enough if the work is unpredictable and insecure.
Not only is a higher minimum wage critical. So are more regular and predictable hours.
Some states require employers to pay any staff who report to work for a scheduled shift but who are then sent home, at least four hours pay at the minimum wage.
But these laws haven’t kept up with software that enables employers to do just-in-time scheduling – and inform workers minutes before their shift that they’re not needed.
In what may become a test case, New York Attorney General Eric Schneiderman last week warned 13 big retailers – including Target and The Gap – that their just-in-time scheduling may violate New York law, which requires payments to workers who arrive for a shift and then are sent home.
We need a federal law requiring employers to pay for scheduled work.
Alternatively, if American workers can’t get more regular and predictable hours, they at least need stronger safety nets.
These would include high-quality pre-school and after-school programs; unemployment insurance for people who can only get part-time work; and a minimum guaranteed basic income.
All the blather about “family-friendly workplaces” is meaningless if workers have no control over when they’re working.
The views expressed in this post are the author’s alone, and presented here to offer a variety of perspectives to our readers.

Robert B. Reich is the chancellor’s professor of public policy at UC-Berkeley and former secretary of labor under the Clinton administration. Time Magazine named him one of the 10 most effective cabinet secretaries of the twentieth century. He is also a founding editor of theAmerican Prospect magazine and chairman of Common Cause. His new film, Inequality for All, was released last fall. You can follow him on Twitter at @RBReich.
張貼者： hanching chung 於 上午7:08 沒有留言: