Fordlandia: The Rise and Fall of Henry Ford's ... - Google Books

https://books.google.com › History › Latin America › South America
Jun 9, 2009 - The stunning, never before told story of the quixotic attempt to recreate small-town America in the heart of the AmazonIn 1927, Henry Ford, the ...

US chipmaker Intel has said it will showcase new technologies at the Olympics, starting next year at the Winter Games in South Korea. The deal comes a week after McDonald's and the Olympic Committee severed ties. The International Olympic Committee (IOC) partnered with fast processors instead of fast food as it announced a new sponsorship deal with US chipmaker Intel on Wednesday.
The agreement, which runs until 2024, will see the technology firm showcase a range of new technologies at the upcoming Summer and Winter Games, including 5G wireless technology, virtual reality, artificial intelligence and drones.
"We're very excited to be working with the Intel team to drive the future of the Olympic Games through cutting-edge technology," said IOC President Thomas Bach.
Read more: A year out from 2018 Winter Olympics, everything is in place but the people
Some of that technology is expected to be showcased as early as next year, when Pyeongchang in South Korea hosts the 2018 Winter Games. From VR to 5G, Intel use the Olympics as a platform to roll out their latest technologies.
Announcing the deal in New York late on Wednesday, Bach and Intel Chief Executive Officer Brian Krzanich said the deal would open a host of new experiences up to athletes, fans and viewers.
"Through this close collaboration with the Olympic family, we will accelerate the adoption of technology for the future of sports on the world's largest athletic stage," Krzanich said. "We'll allow people online to feel like they are there."
Courting younger audiences
The IOC has been trying to make the games more technology-savvy in a bid to appeal to younger viewers. Earlier this year, it signed a similar sponsorship deal with the Chinese e-commerce firm, Alibaba. Samsung has also been a prominent Olympic partner since in 1988.
Bach admitted that Olympic viewership over the past decade had trended towards older audiences.
"I got really concerned because then, you have to ask yourself, 'Why?'" he said in an interview with The Associated Press. "We could see from about 2012 on that it was very much a question about the platform. The youth just weren't watching as much TV as they used to in the past."
Bach described the deal as a "novel step" and "a milestone in achieving our goals" of bringing more young people to the Olympics.

Intel's Asia drive
Intel has in recent years sought to move beyond its core microprocessor business, which has faced declines as the personal computing market veers towards mobile devices.
Earlier this year, it acquired Mobileye, an Israeli tech firm specializing in autonomous driving technology, for just under $15 billion.
Read more: IOC recommends awarding 2024 and 2028 Olympic Games simultaneously
The deal will also see Intel expand its reach into Asia, which will host the next three consecutive Olympic Games. After the 2018 games in Pyeongchang, Tokyo will host the 2020 Summer and Beijing the Winter Games in 2022.

Made in Germany - Industry 4.0: High-tech vs Tradition

McDonald's pulls out of Olympics sponsorship
The IOC's deal with Intel comes a week after it and fast-food giant McDonalds ended their 41-year sponsorship.
McDonald's cited a change in the company priorities as the reason for terminating the deal. The company has been tightening costs as it invests in improving its food quality, restaurant service and online ordering to woo back diners in the United States, where intense competition has gnawed away at sales.
Meanwhile, the IOC faced criticism from public health campaigners for allowing sponsors such as Coca-Cola and McDonald's to use the Games as an opportunity to market their products, which contrast with the image of healthy living that the event seeks to promote.
"With McDonald's, it's very easy," Bach said. "They are changing and we are changing and this is why we agreed on going different ways."
張貼者： hanching chung 於 上午7:56 沒有留言:

Expanded state ownership is a risky solution to economic ills

The rise of Jeremy Corbyn and Bernie Sanders hints at a weakening of the rich-world consensus that the less of the economy owned by the government, the better. That is a pity

Expanded state ownership is a risky solution to economic ills
The perils of nationalisation
ECONOMIST.COM

Air Berlin scans horizon for a saviorInvestors in Germany's second-largest carrier, Air Berlin, are meeting inLondon to debate ways out of a deep financial crisis the airline hasgrappled with in recent years. Can the troubled company really be rescued?The www.dw.com Article
------
Every year, the aviation insights company FlightStats puts together a list of the international airlines with the best on-time performance records. It’s the capstone to the company’s year-round efforts to track delay and cancellation patterns for airlines across the globe. We’ve asked them to share all of their annual findings so we can point out the losers, too. Without further ado, here are the full results, along with your likelihood of getting delayed on each carrier:

The Worst 10 International Airlines of 2016

The Best 10 International Airlines of 2016 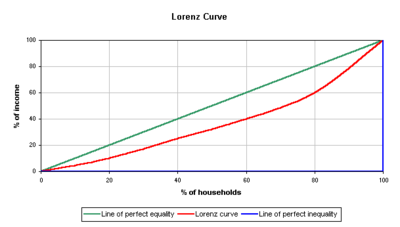 Back in 2008, Brooklyn architect Miguel McKelvey was bored with his job. Nine years later, his new company is worth $17 billion.

How to Become a Billionaire: Startups for Architects
For frustrated architects, the startup path offers potential ways to have a much bigger — and better-paid — impact on the built environment.
ARCHITIZER.COM