Please use the sharing tools found via the share button at the top or side of articles. Copying articles to share with others is a breach of FT.com T&Cs and Copyright Policy. Email licensing@ft.com to buy additional rights. Subscribers may share up to 10 or 20 articles per month using the gift article service. More information can be found here.

At the same time, said Mr Lauria, companies such as Lucent were also looking to sell into the fast-growing Chinese market, helping keep revenues afloat, but also sewing the seed for China’s eventual domination. “Whenever we sold to the Chinese, they would demand that we manufacture locally and that we hand over the technology to our Chinese partners,” he said. “Western companies needed the revenue growth, and that meant we had to play by their rules.” 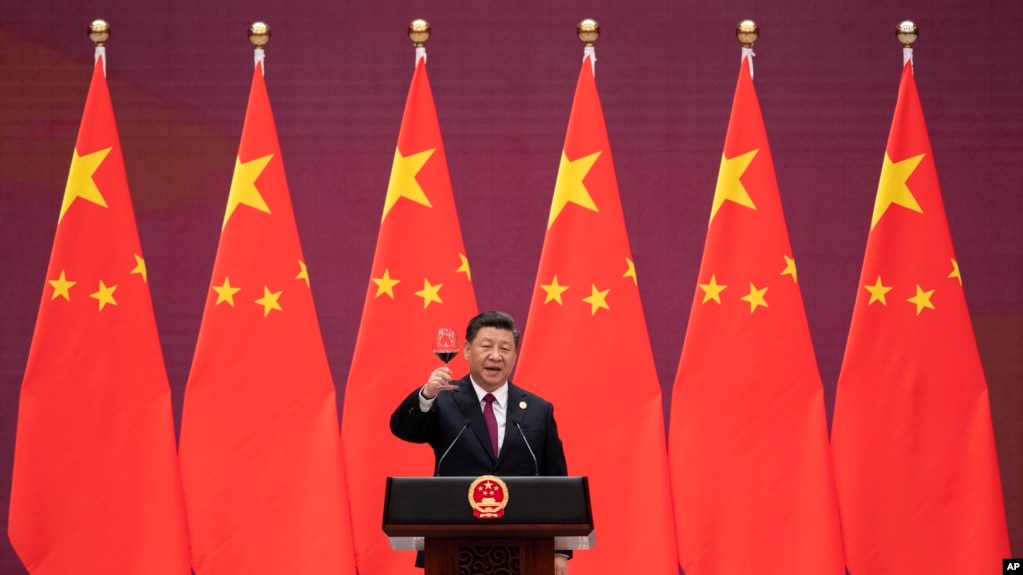 Benjamin Graham: The Memoirs of the Dean of Wall Street: Benjamin ...

https://www.amazon.com/Benjamin-Graham-Memoirs-Dean-Street/dp/0070242690
Feedback
About this result

Benjamin Graham the Memoirs of the Dean of Wall Street by Benjamin ...

Benjamin Graham - The Memoirs of the Dean of Wall Street - Scribd

https://www.scribd.com/.../Benjamin-Graham-The-Memoirs-of-the-Dean-of-Wall-Stre...
Rating: 5 - ‎2 votes
Benjamin Graham - The Memoirs of the Dean of Wall Street. Graham has been called the father of financial analysis, and his strategy of value investing is enthusiastically touted by no less than investor extraordinaire Warren Buffett.

Can Notre-Dame be restored in just five years? AFP

4月18日上午10:11 ·
Notre-Dame de Reims cathedral - where 33 kings of France were crowned -- goes up in flames in 1914, after it was bombed by the German army in World War I.
Concrete rafters replaced the original oak wood ones destroyed during the fire.
Can Notre-Dame be restored in just five years?
Full story: http://u.afp.com/JNDt

Paris (AFP) - French President Emmanuel Macron has promised to complete a painstaking renovation of Notre-Dame within five years after the historic cathedral suffered a monstrous fire that destroyed its spire and roof.
But will France be able to muster the necessary workers and materials to meet the challenge? While some experts say it's possible, others are less sure, especially if officials want to stick as closely as possible to the original features of the 850-year-old gothic masterpiece.
- What needs to be done? -
The cathedral's floor is littered with charred debris that will require weeks, if not months, to clear.
Architects say that before any work can begin they must establish how solid the stone structure is since it might have been weakened by the fire's extreme heat and water.
Culture Minister Franck Riester said Tuesday that two gables are at risk of falling, including one high above a row of apartment buildings just to the north of the church.
If it were to fall, "it could bring down the central gable that is between the two towers, the one you see when looking at Notre-Dame's facade," Riester said.
Once structural integrity is assured, workers can begin erecting a vast "umbrella" to keep rain from pouring into gaping holes, including one made by the spire's collapse.
Renovation of the roof can then proceed -- assuming officials have decided on aesthetic choices and materials.
"Five years isn't much. Above all, it means three or four years of actual work, because first there's the security phase of several months, and then six to seven months for diagnostics, if they deploy enough people," said Frederic Letoffe, co-president of France's GMH association of monument restoration firms.
Before Macron's announcement, Letoffe had estimated the work would take 10 to 15 years.
But some things just can't be rushed, for example the drying of concrete and sealants, "which can take months," he said.
For architect Jean-Michel Wilmotte, the five-year goal is "tenable, but they'll have to make the right technological choices."
He advised replacing the old roof's oak beams and lead sheeting with steel girders and titanium panels. "Those don't burn," he told France Inter radio.
- Would an identical restoration take longer? -
"Rebuilding exactly as it was is both humanly and technically possible," said Francois Asselin, president of the CPME small and midsize business association and a specialist in restoring historic wooden roof frameworks.
Experts would nonetheless have an ace up their sleeve: US art professor Andrew Tallon took ultra-precise measurements of the cathedral's interior and exterior in 2011 and 2012 that could be used to create a 3-D digital model.
"It's quite possible to do it (in five years) using multinational companies that work extremely fast, the way they build a reinforced-concrete skyscraper," said Benjamin Mouton, chief architect at Notre-Dame until 2013.
But that might mean abandoning the temptation to use traditional materials, even while replicating the aesthetics.
Purists might argue that a new "forest" of roof supports must be in oak, but modern materials could be lighter and stronger -- and would be invisible to the millions of visitors to the cathedral each year.
"Five years is a very short timeframe for a wooden framework," noted architect Christiane Schmuckle-Mollard, who helped restore the Strasbourg cathedral in eastern France.
- Are there enough workers and materials? -
"By September we'll have to recruit 100 masons, 150 woodworkers and 200 roofers" to meet the five-year target, said Jean-Claude Bellanger, secretary general of France's storied Compagnons du Devoir artisan mentoring network.
"Our sector suffers from a lack of youths and enthusiasm for these crafts," agreed Letoffe. "But we have the capacity for mobilising the qualified talent."
"And we have in France all the materials at our disposal, the wood, stone, zinc, copper and lead," he added.
The Groupama insurance group, for example, has offered to provide the estimated 1,300 centenarian oaks required for an exact replica of the roofing framework, considered by many experts an architectural monument in its own right.
- How much will it cost? -
Prime Minister Edouard Philippe said Wednesday that the price tag for such an ambitious project was not yet known.
But experts have given ballpark estimates in the hundreds of millions of euros -- former culture minister Jean-Jacques Aillagon said anywhere from 600 million to one billion euros ($680 million to $1.1 billion).
Already some 850 million euros has been pledged, mainly from French billionaires and companies as well as the city of Paris and other authorities.
"The cost of the work isn't the problem, it's more about administrative delays," said the GMH's Letoffe. "The state needs to take measures to speed up the process."
The government has named a former five-star general, Jean-Louis Georgelin, to oversee the race against the clock to wind up the work before France hosts the Olympic Games in 2024.
張貼者： hanching chung 於 上午9:50 沒有留言: