知與行： Top Managers Make Decisions Easily, but Struggle to Act on Them

Top Managers Make Decisions Easily, but Struggle to Act on Them

Photograph by Rick Eglinton/Toronto Star via Getty Images
Tom Petty performing in 1989
Research Briefs, a regular series, looks at intriguing research coming out of academia. This week: the Tom Petty school of management.

Published: August 2014
It’s not often you find the title of a research paper taken from a hit rock song. But Tom Petty’s 1989 classic I Won’t Back Down just might serve as a new anthem for managers.
The study’s authors, who presented at their research at the Academy of Management annual meeting earlier this month, interviewed senior officials in the Obama administration to understand how successful managers make important decisions. (You may not agree with every decision out of Washington, but government officials routinely deal with complex issues and information that’s not always certain—much like any global corporation.) What the researchers found surprised them, and applies to all managers, whether in the private or public sector.
The authors asked administration officials to discuss their most difficult decision. Some spoke about closing popular programs, going against superiors, or defying the recommendations of other agencies. Almost all cited cases where they felt sure of the right decision, but making it required courage because it came with repercussions.

“Their most difficult decision was not deciding what the right thing to do was but to be willing to do it. In other words, these were decisions requiring courage in the face of some personal, political, or organizational risk,” the authors wrote.
These decisions didn’t rise to the level of JFK’s classic, Profiles in Courage, but the message is clear: Today’s management literature celebrates the consensus-seeker, silo-busting, and dissent-is-cool manager. But you have to wonder how many times consensus is substituted for what’s politically correct.
The best executives, the researchers suggest, have a “decision-making ambidexterity.” They’re comfortable making tough decisions that require assessing loads of complex data, but also know when a call they make means those above them need to hear that Tom Petty tune.
張貼者： hanching chung 於 上午2:22 沒有留言:

"British rail fares, the highest per passenger mile of any country in Europe, are set to become higher still. This is a poll tax on wheels, to many, an unavoidable impost that must be paid at the same rate by rich and poor alike, even though rail transport is an indispensable public service. Small wonder that rail renationalisation is emerging as one of the most popular policies with voters."
Via Comment is free

Sale of the century: the privatisation scam

Privatisation promised to turn the UK into an island of small shareholders. It failed: the faceless state bureaucrats have been replaced by faceless (better-paid) private bureaucrats – and big foreign corporations. How did we get to this point? 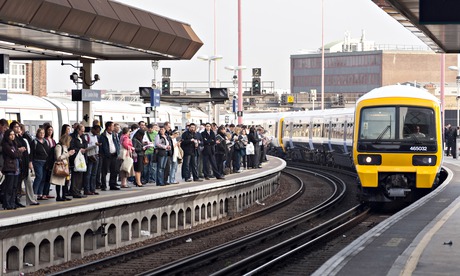 London Bridge train station. Photograph: Alex Segre/FlickrVision
Train fares are going up. We learned that last week, although "learn" is putting it strongly. We knew they would. It's not as if they would go down: train fares go up, like electricity bills, gas bills, water bills, rent and chief executives' salaries. To the loyalists of the Thatcher-Blair-Cameron succession, higher train fares are a positive, because they mean lower subsidies: another incremental step in a 35-year programme to shift the burden of paying for infrastructure from the well-off to the strugglers. To most of us, it's another sign of the folly of selling off the railways. But amid the dismal annual round of fare rises, it's easy to miss another, stranger, more gradual sign of the failure of the vast social and economic experiment conducted on the British people since 1979: privatisation.
A trio of awkward synthetic words has begun to appear among the owners of private train companies that looks as if a computer has been asked to name the new musketeers: Abellio; Govia; Keolis. What these bland corporate signifiers mask is state-owned but commercialised European rail firms. Collectively, European state railways now own more than a quarter of Britain's passenger train system.
I imagine they will do a decent job. And that's the trouble. If competition shows that the best companies to run Britain's privatised railways are state-owned railways from other countries, what does that say about the justification of privatisation? And what does it say about what privatisation has done to Britain? How did we get to the point where this country's railways, power stations and postal service were ready to be taken over by foreign versions of British organisations that our own government, claiming patriotism, systematically took to pieces?
One winter's morning in 1991 I loaded a guitar, a condensed edition of theOxford English Dictionary and a Teach Yourself Russian course into an old Volkswagen, left the house near Edinburgh where I had been staying and drove to Kiev. Five days passed on the road. I left the familiarity, order and prosperity of Britain, the island where I had grown up, and travelled east to wait for the Soviet Union to dissolve. I didn't have to wait long. A few weeks after I arrived, it ceased to be. Russia and Ukraine went their separate ways. The Kiev traffic policeman waving down my foreign-plated car had time to utter the words, "What are you doing in the Soviet Union?" before the colour left his face, his mouth went dry, and he turned away, lost, a bully orphaned of his corporate father.
A 70-year experiment to test whether the ethos of the commune could be imposed on a transcontinental empire of hundreds of millions of people was over, long after the answer was in (it couldn't). I wasn't sorry to see Soviet communism go. Despite all that's happened since, I still don't mourn it. There was hope in the beginning that something fine would grow in the gap that was left. It was a while before I realised the cynical, grasping figures who moved in to take possession of the ruins were not, as I had hoped, transitional symptoms of change, but the essence of that change.
Watching the vultures come to feast on the carcass of the world's largest state-owned, planned economy, I began to find the terms to question what had been done by politicians, economic theorists, lobbyists and business people in my own country. I had thought, when I left Scotland, in the unconscious way certainties are stowed in one's mind, that I knew Britain; that some essential way of being would be resilient to Margaret Thatcher's rearrangements, which must, as transient policies, be superficial. I had to go home by way of Kiev and Moscow to see that I was wrong, to begin to see how, and how deeply, she and her followers altered Britain.
With hindsight, 1991 was a pivotal year. When it began, the free market economic belief system, with its lead proselytisers Thatcher and Ronald Reagan, had been pushing back for more than a decade against various attempts to impose levelling communitarianism around the world. TheBerlin Wall had fallen, as had communist regimes in Poland, Czechoslovakia, Hungary, Romania and Bulgaria. The market belief system, which holds that government is incompetent by default, that state taxation is oppressive, that the desire for wealth is the right and principal motivator of achievement and that virtually all human wants can best be met by competing private firms, was becoming entrenched in the non-communist world, from Chile to New Zealand. Made bold by a popular public perception that government overspending and selfish organised labour were to blame for economic stagnation and high inflation in the 1970s, Thatcher and Reagan had taken on powerful trade unions, and won. Barriers to the international movement of goods and money had fallen; the European Union was, on paper, a single marketplace. In Britain, restrictions on how much ordinary people could borrow to finance their everyday needs had been scrapped, and millions had acquired credit cards. Volumes of regulations controlling how banks were allowed to use people's deposits had been torn up, and unimaginably vast sums were being moved privately from country to country. Government spending had been cut, as had income tax and corporation tax. Sales tax and fees for everyday services had been raised. Council houses and big state enterprises had been privatised, with more on the way, leading to hundreds of thousands of redundancies. Thatcher's programme in Britain was an inspiration for the IMF and the World Bank as they experimented with the conditions they attached to bail-out loans to developing countries. 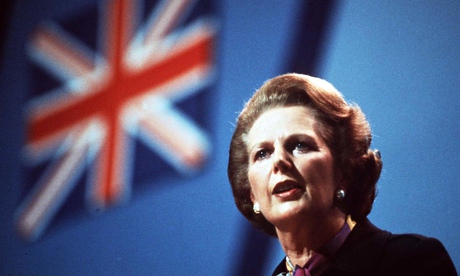 'Margaret Thatcher promoted the notion that greed on the part of a private executive elite is the chief and sufficient engine of prosperity for all.' Photograph: Nils Jorgensen/Rex 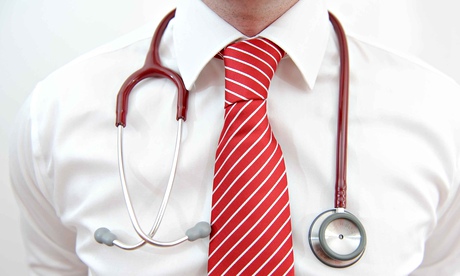 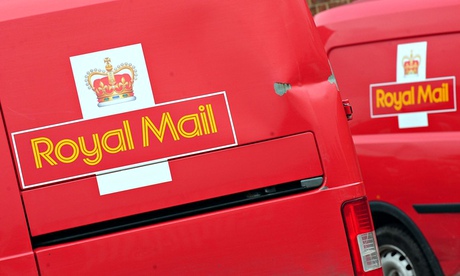